Right clicking has been disabled on this page.

For security reasons it has been necessary to disable right clicking in some areas of the site.
You can still paste text by pressing either CTRL + V (Windows) or ⌘ + V (Mac).

Click anywhere on this message to make it disappear.

...And what it means for sex workers. 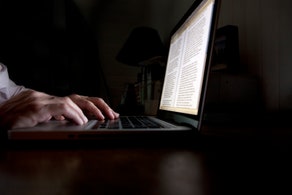 Two bills that proponents claim will curb sex trafficking online overwhelmingly passed the Senate last Wednesday, on March 21, causing ripples of concern across the Internet. While the desire to end sex trafficking and hold those in charge responsible is a valid one, many fear the Allow States and Victims to Fight Online Sex Trafficking Act (FOSTA) and the Stop Enabling Sex Traffickers Act (SESTA) will instead further criminalize sex workers and put them and sex trafficking victims at even more risk. The bill now awaits the president’s signature to make it official.

FOSTA/SESTA was birthed thanks to a case against Backpage.com, a classifieds website. In 2016, executives of Backpage were arrestedon charges of pimping a minor, pimping, and conspiracy to commit pimping. Prosecutors claimed that Backpage was primarily developed to facilitate illegal sex work, but the court dismissed the case citing Section 230 of the Communications Decency Act. From that came FOSTA/SESTA.

In the past, Section 230 of the Communications Decency Act was often used to protect websites from legal consequences of what their users posted online, though they would still be accountable to liability under federal criminal law. Section 230 says that ISPs and websites publishing third party content would be protected against laws that would otherwise hold them responsible for the speech of their users. It’s because of Section 230 that we have the freedom to post reviews on Amazon or complain about politics on a Wordpress site. Wikipedia and the Internet Archive exist in part because of Section 230. Granted, that mostly hands-off stance is also claimedas the reason sites like Twitter and Facebook have been loath to do anything about violent threats from white supremacists or the misogynists of Gamergate.

How, then, does FOSTA/SESTA attempt to create that accountability? Well, Section 230 of the Communications Decency Act will be amended to note that websites can be prosecuted if they engage in the "promotion or facilitation of prostitution" or "facilitate traffickers in advertising the sale of unlawful sex acts with sex trafficking victims." The bill seemingly conflates sex trafficking survivors with consensual sex workers, something that many sex work activists say make both less safe.

The Internet Association, which includes media giants like Amazon and Microsoft, initially was against the bill, but withdrew their opposition in exchange for some minimal changes in language. Most notably, Facebook agreed to back down for the addition of the word “knowingly” to the bill, meaning sites would be held liable if they were found to have known about their site being used for the facilitation of sex trafficking or sex work and done nothing about it.

"For years, thousands of women and children have been exploited online, while the websites where they have been sold have operated as business as usual — making millions off of the exploitation. Let’s be clear— we are talking about websites where 12 year olds are sold for sex," Lauren Hersh, national director of World Without Exploitation, told Teen Vogue in a statement. "FOSTA-SESTA is a response to a grave injustice that disproportionately impacts women and girls of color, most who have landed in the sex trade not because of choice, but because of lack of choices or coercion. Trafficking survivors and their families have worked tirelessly with lawmakers to shine a light on the violent, sometimes lethal, reality of online sex trafficking and pass a bill that holds websites that knowingly facilitate trafficking accountable."

Sex workers have been some of the most vocal about the negative impact this will have on their lives. And their fears are not hyperbolic — when Rentboy and myRedbook were raided by federal authorities for promoting prostitution, many sex workers who were screening clients and getting names of dangerous bookings were forced instead to go onto the street. Many worry about law enforcement and their historical failure to protect vulnerable sex workers, and these raids additionally appear to have a negative impact on exactly what they’re meant to help — getting sex trafficking victims the help they need. One New York Times piece from 2017 quotes a sergeant in the San Jose human trafficking unit as saying that with the removal of Backpage, street-based sex workers were more common, and that the department got far fewer tips, making his job even more difficult.

It’s not just about how sex workers safely book clients, either. Since FOSTA/SESTA is retroactive, even people who have left the sex industry could find themselves banned from a platform if they openly discussed their work years prior, leading some workers to create threads on how to clean up your social media. Many siteshave been known to banish sex workers before, whether or not they were using the platform for advertising. Multiple websites that functioned as forums for sex workers to give each other support and advice have also disappeared almost overnight after FOSTA/SESTA passed. Most recently, Craigslist removed all of their personals, citing the legislation as the reason. Craigslist had previously removed their erotic services section because of pressure — recently, a study indicated that access to the site had helped reduced female homicide by 17%.

Human trafficking, whether sexual or the less publicized but more common examples like forced labor or debt bondage, does need to be addressed. The real question is, will punishing the forums on which sex workers find community and safety be effective in preventing sex trafficking?